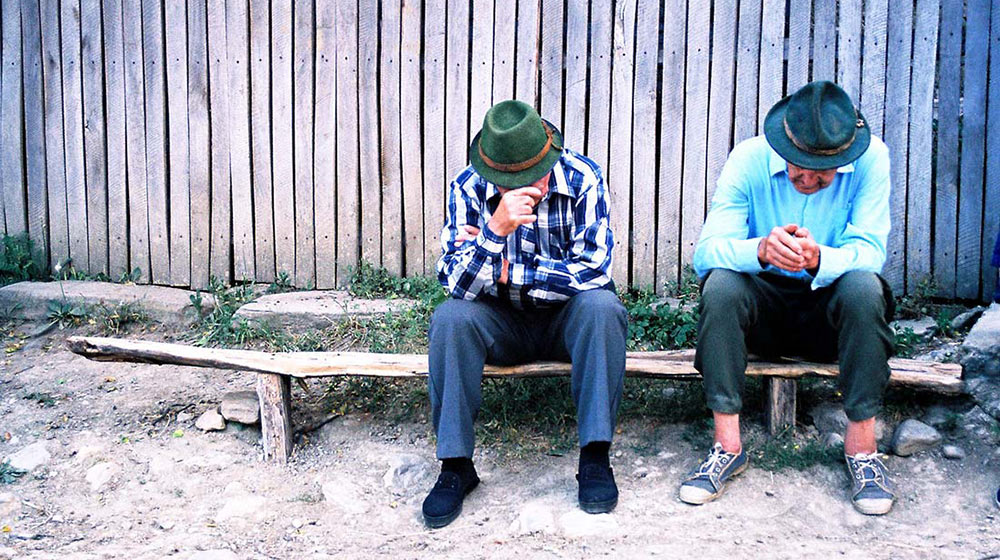 Gabriela Nicolescu has conducted qualitative research in Italy, Hungary, Romania, Moldova, the UK and Hong Kong on the shifting relations between politics and representation, the diffusion and social organisation of cultural ideas, remittances and notions and materialisations of care work. She taught as a tutor and teaching assistant in Goldsmiths, University of London for five years starting with 2012.

Gabriela currently works as a post-doctoral researcher and curator in the Hidden Galleries project, University College Cork, Ireland. This project, funded by the EU, re-examines and re-contextualises the holdings of secret police archives in three countries; Romania, the Republic of Moldova and Hungary, with the aim of drawing scholarly and public attention to alternative uses and meanings of the archives in relation to the study of minority religions. Gabriela focuses on the potential of exhibitions in telling stories, disseminating knowledge as well as on the new use of exhibitions in social sciences as tools of research. Last but not least she is interested in the experimentations with design that the topic of research in the archives points to: can documents be exhibited tridimensionally, what is the materiality and the potential for visibility of things that were archived secretively?

Gabriela worked as a post-doctoral researcher between February 2017 and April 2018 in the project ‘Curating Development: Filipina Migrants’ Investments in the Philippines’ Future’, developed together with Mark Johnson (Goldsmiths) and Deirdre McKay (Keele) and funded by an AHRC Development Grant. The project investigates the social and economic life of personal possessions and remittances sent by Filipino migrants working in London and Hong Kong to the Philippines. Gabriela is conducting interdisciplinary ethnographic research, workshops and curatorship practices with Filipino migrant domestic workers and artists. She focuses on the transnational social, economic and wellbeing consequences of migrant domestic care work, asking how these often sensitive issues can be represented in visual forms and participatory ways, and presented to a diverse public. This work resulted in a series of visual products, including the itinerant exhibition Beyond Myself, which was displayed in London (2017-2018), Hong Kong (2018) and Manila (2018). https://www.curatingdevelopment.com/

This project reflected Gabriela’s interest in the work of care, the anthropology of health and the political economy of transnational care. The project consisted of one year’s ethnographic work in the region of Puglia, southeast Italy. Gabriela combined conventional ethnography with multi-participatory methods, which included organising an exhibition and an event, curated together with people she worked with. She focused on the material and sensorial aspects of domestic care work. The outcome of this work was funding from the Wellcome Trust to organise the seminar series ‘Economies of Care and Social Reproduction’ at the Department of Anthropology, Goldsmiths (2015-2016), two academic articles (one currently under publication), and the panel, ‘Exhibiting Anthropology beyond Museum Collections’, at the British Museum (1-3 June 2018). Gabriela also co-convened with Caterina Sartori the ‘Care on Display’ film series and round table at the Royal Anthropological Institute, UK (https://therai.org.uk/events-calendar/past-events/eventdetail/423/-/care-on-display).

Exploring Austerity through Changing Foodscapes in a London Borough

Austerity strikes in highly unequal ways. The project ‘Communities, Resilience and Austerity: A Cultural Exploration of Changing Foodscapes in a South London Borough’ explored one of the most important ways in which communities in the borough of Lewisham were affected by the 2008 economic crisis and the austerity measures to follow. For this short project, developed by Goldsmiths College and the AHRC Cultural Engagement Fund, Gabriela conducted ethnographic research with community members and engaged with educators and parents from a local school. As a result of this work, Gabriela curated, together with Henrike Donner and Dominique Santos, the exhibition Austerity Bites: Food Stories in Lewisham, Stuart Hall Building, Goldsmiths College, 23 May–7 June 2016.

Visit https://lewishamfoodstories.wordpress.com/ for more information and the latest project developments.

The Art and Politics of Display in Modern Romania

Gabriela’s doctoral research explored the objectification of people through museographic discourse and politics at two moments of abrupt political change in modern Romanian history. The first moment was the time following the establishment of the Communist regime in 1946. Gabriela examined the radical transformations of people, institutions and meanings by focusing on objects in museum collections and display, especially ethnographic artefacts. The second moment of change was the fall of the Communist regime in December 1989 and the early years of post-Communism. Gabriela explored this tumultuous period by tracing the establishment and early evolution of a key cultural institution, the National Museum of the Romanian Peasant in Bucharest. Her research revealed the intertwined stories of two competing visual discourses in the museum; the convoluted stories of museum practices, work patterns and values ascribed to labour by both workers and visitors; and the successive contestations of ethnographic objects in museum collections and displays. In her work, all these themes represent powerful markers of continuity and change in wider Romanian society.

The research I conducted for my MA dissertation deals with the impact that the rapid urbanisation and industrialisation process had on people living in a block of flats in Bucharest, Romania. It argues that the homogenisation of means of production and the spatial proximity under which workers having a rural origin and city dwellers were forced to live, reinforced their need of differentiation and dissociation. This paper shows how the relations between these two classes are manipulated in the domestic sphere by means of slippers. Their use bounds the limits between private and public and transforms the space and the time of the visit into a real arena of status negotiation. Even if the rural migrants were assimilated to the icon of slippers their group is not in totality homogenous. Women tempt to care more for slippers, domestic work and cleanliness. After 1989 when the labor conditions, incomes and schedules become so different from one individual to another, slippers entered new trajectories of identity formation and sustained new types of power.

In Goldsmiths, University of London, Gabriela Nicolescu was tutor for the course ‘General Principles of Social Anthropology’ (2018) and ‘Anthropological Perspectives on Tourism’ (2016), and co-convened with Mark Johnson, Charlotte Joy and Deirdre McKay the research seminar series ‘Curating Development’ at the Department of Anthropology, Goldsmiths. Between 2015 and 2017 Gabriela taught ‘Methods of Research’, and convened the direct tutoring class ‘Advancing your Anthropology’. In 2015–2016, Gabriela convened the ‘Economies of Care and Social Reproduction’ research seminar series at the Department of Anthropology, Goldsmiths College, funded by the Wellcome Trust. She also co-convened with Caterina Sartori the ‘Care on Display’ film series and round table at the Royal Anthropological Institute, UK (https://therai.org.uk/events-calendar/past-events/eventdetail/423/-/care-on-display).

Between 2012 and 2015, Gabriela taught ‘Economics, Politics and Social Change’, ‘Anthropology of Art’ and ‘Visual Anthropology’. Gabriela has delivered lectures at the Pitt Rivers Museum, Oxford (May 2016), the University of Manchester (October 2015), UCL, Material Culture Seminar (February 2015), Goldsmiths College (October 2012), and the University of Bucharest (May 2012).

Gabriela has also taught graduate and postgraduate courses at the University of Bucharest (May 2016).

As part of her ‘Advancing your Anthropology’ sessions, Gabriela contributed to the supervision of undergraduate and postgraduate students in Anthropology and in Creative and Cultural Entrepreneurship.

‘The party of the un-proper hour: the invisibility of migrant domestic care workers in Southeast Italy’ for Care, Gender and Social Reproduction Workshop, University of Bergen, 8 December 2017.

‘Dressing gowns, curating care: On the materiality and visibility of migrant care for the elderly in southeast Italy’ Paper in the Care and Control in Asian Migrations workshop, Department of Anthropology, University of Stockholm, May 2016.